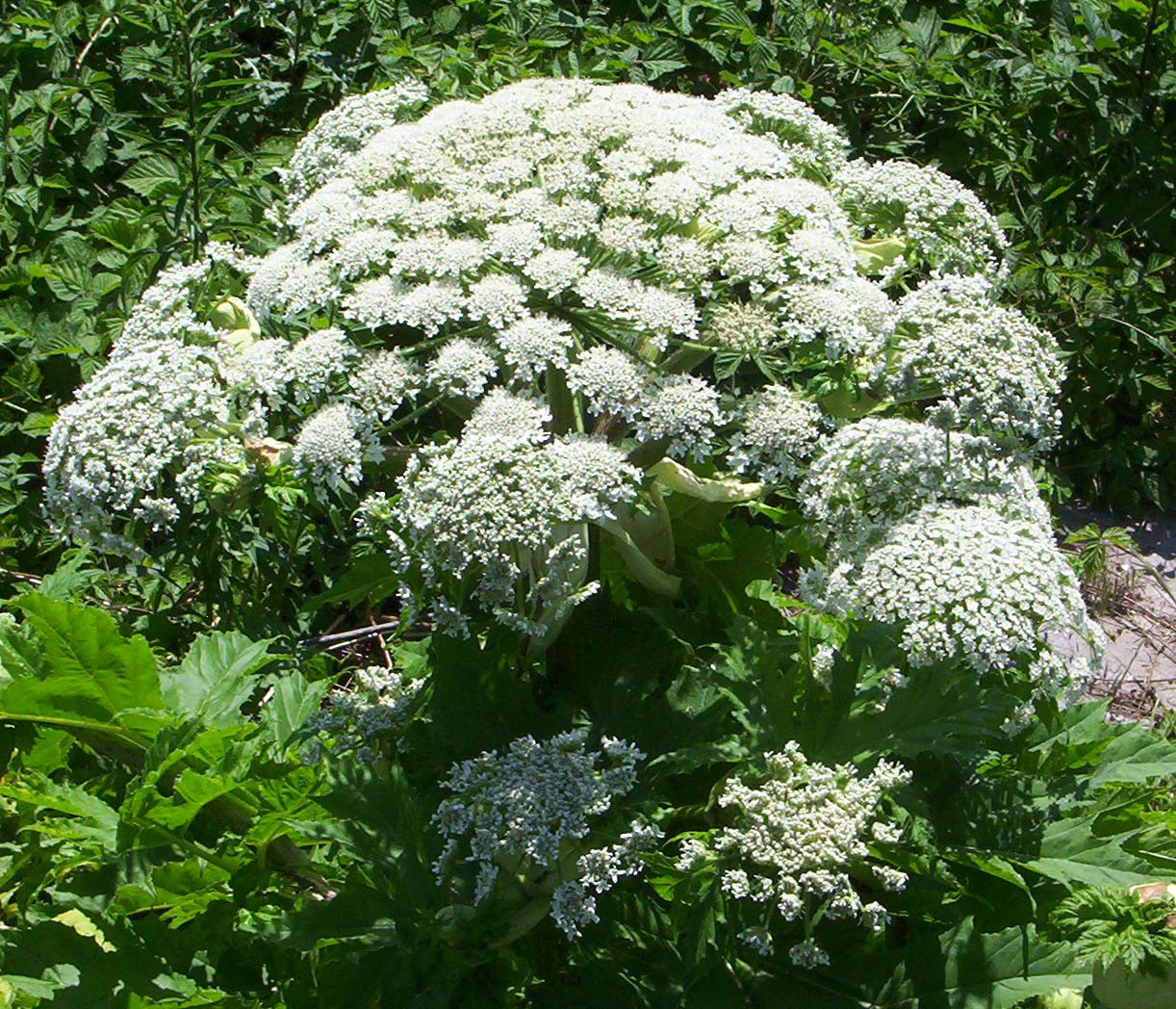 Article published in Hello Acadia for April 2016 by gardener and writer, Joanne Klein:

Hello Acadia article for May 2016:

It may not be an actual jungle out there, but it might as well be.

Animals, including humans, have it easy. Most of us have legs or some other method of propulsion. If we’re attacked, we respond with movement. Plants don’t have the same luxury. If they’re attacked, they have to resort to things like chemical warfare or the deployment of insect armies in order to retaliate. Actually, we humans may have more in common with plants than originally thought.

Giant Hogweed (Heracleum mantegazzianum) has been creating a stir in the press over the last year or so. A stately plant with white umbels and large, dark green leaves, it towers overhead at 5 meters high. It would be a lovely addition to the garden but that each plant can produce up to 120 000 highly viable seeds and it has a pesky habit of burning , scarring, and even blinding those who try to remove it without the appropriate safety equipment on. www.invadingspecies.com suggests that you don’t grow this plant in your garden, though most people probably don’t require this additional warning.

Nematodes are the most common multicellular creatures on the planet and are parasitic to boot. It’s estimated they cause up to $100 billion in worldwide plant damage. That’s a staggering amount of money. However, according to Valerie Williamson with The University of California at Davis, some wild tomato plants have developed a way to fight back. Normally, a nematode will take control of a single root cell, causing the plant to put all its resources into feeding that cell, and the worm within, until the plant dies. These wild tomatoes address the problem by killing off the parasitized cell, thereby starving the little critter. You can bet that genetic engineers are working hard to isolate this ability and genetically modify other plants to do the same.

Myrmecophytic plants are ones that forge a symbiotic relationship with ants. While the degree of investment varies, each performs a service, or a multitude of services, for the other. An Acacia (Acacia spp.) tree offers hospitality to ants within domatia, hollow stems or thorns, along with carbohydrates and proteins, in return for protection from other animals and insects. I expect it takes a lot of ants to send a hungry giraffe on its way! Interestingly, if the Acacia is in an area where it doesn’t require a great deal of protection, it may limit the amount of food it gives to the ants. The ants in turn will allow aphids or other sucking bugs to attack the tree and thereby feed on the sap these insects exude.

The world really is a marvelous place.

Joanne Klein is a Master Gardener residing in Acadia.