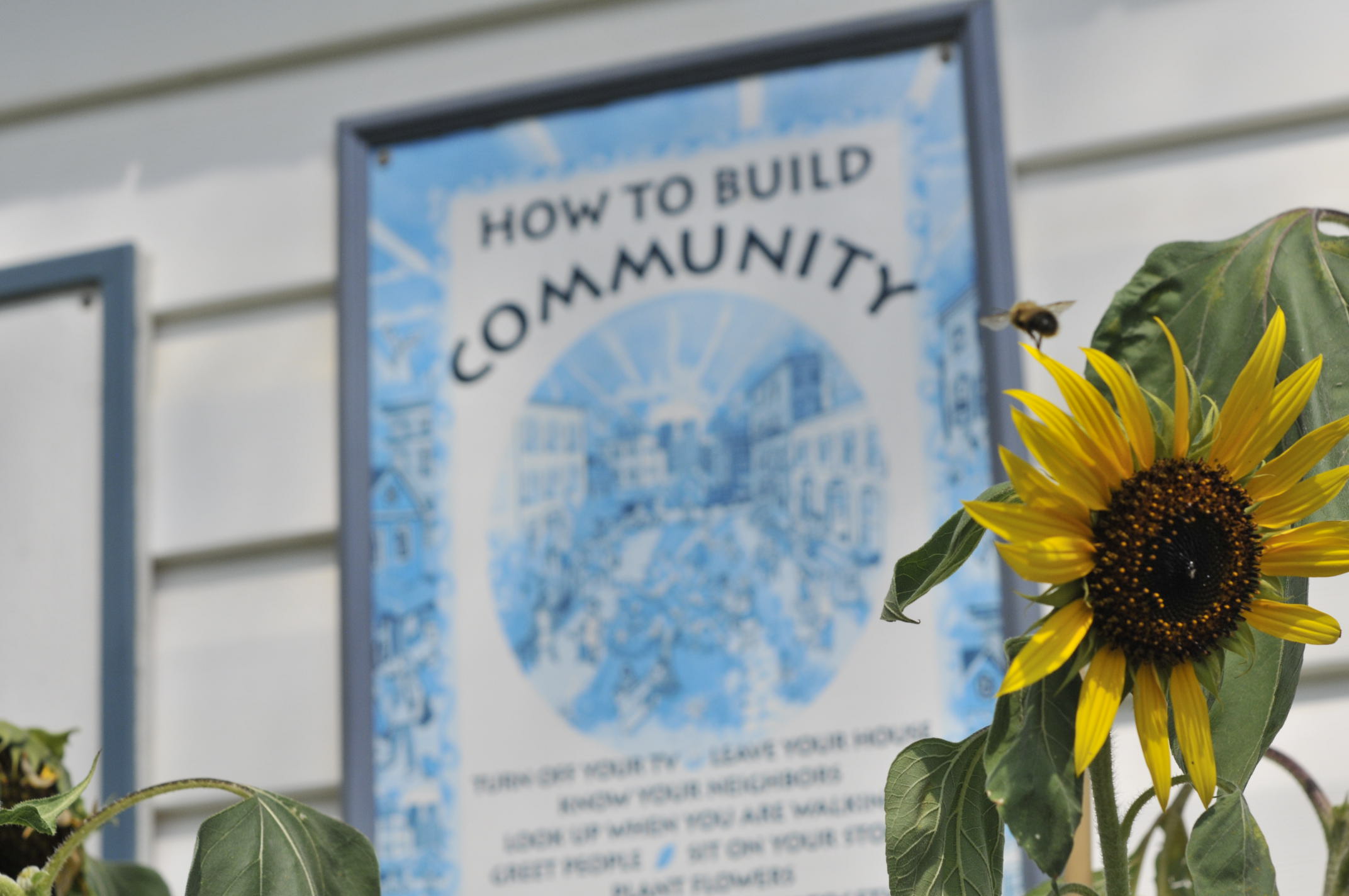 I’m going to tell you a story.

I live in a city where people often don’t know their neighbours. I’m not sure that’s a point of pride for most, we are still prairie folk after all (that means generally friendly, for those of you who haven’t had the pleasure of living on the prairies). No, I think it’s because we’re a busy city. There’s hustle and there’s bustle.

It’s a big place too. Calgarians drive a lot. A LOT. And we work, and spend time with our families, and go out for dinner (we do that a lot too) and we exercise, and drink expensive coffee, and do a million other things that city people do.

We’re too busy to meet our neighbours.

A few years back we got pregnant and decided to move to a new neighbourhood. We wanted a place that had a bigger yard, that felt less lively than our former inner city home and more liveable with a growing family. We chose Acadia.

The first year I sat in my rocking chair and looked out the window while I nursed, and nursed, and nursed some more. By the end of the year I realized I had hardly spoken to anyone. Here I was in the neighbourhood we chose from all the others because of its flavour, and I hadn’t made the effort to taste it.

Fast forward 6 months to the day I saw in the community newsletter that the Garden Society was going to hold their AGM. “Dan”, I said, “I’m going”. I walked through the door of the local Co-op, sat down with people I didn’t know, and found out that we had a lot in common.

It’s been a year and a half and you wouldn’t believe how many people I know! Yes, it does help that I volunteered to be their Director of Communications. Starting conversations is a key step to my strategy. It’s not always straight-forward but it’s also not, ‘get off of your computer and get out there to talk to real people’. What it is is making a connection. Any connection – to any community you want to be a part of!

Last week I fielded a random request for beet leaves from a community member. I provided them. She made me dinner. Tonight! And it was amazing! Her name is Kim, her husband is Steve, and their dog is Higgans. They live down the street from me and I see Steve and Higgans every single day while they’re out for their walk.

That right there is friggin’ awesome. We made the community stronger through beet leaves. Awesome.

These people are great. And now I know them. And together, we’re a team.

Thanks, Acadians, for being a part of such a great community!
Joanne
Director of Communications – Acadia Community Garden & Art Society